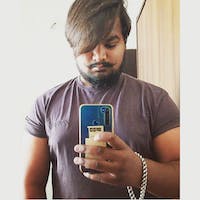 Subscribe to my newsletter and never miss my upcoming articles

APIs give response using HTTP status codes and response body. With the help of this status codes we can understand status of API output and get information about it.

In this Blog, What is APIs and Different types of HTTP Status Codes.

Things covered in this blog,

Let's get started with details,

API is the acronym for Application Programming Interface, which is a software intermediary that allows two applications to talk to each other.

There are two types of APIs.

Status codes are issued by a server in response to a client's request made to the server. It includes codes from IETF Request for Comments (RFCs), other specifications, and some additional codes used in some common applications of the HTTP.

All HTTP response status codes are separated into five classes or categories. The first digit of the status code defines the class of response, while the last two digits do not have any classifying or categorization role.

In detail for 1xx (Information response),

In detail for 2xx (Successful),

2xx means request was received by server, understood, and accepted.

In detail for 3xx (Redirection),

3xx means further action needs to be taken in order to complete the request.

In detail for 4xx (Client error),

In detail for 5xx (Server error),

Thank you for reading, You can connect me on Twitter / LinkedIn / Github .